Top 10 Places to Visit in Louisiana

Photograph by Sami99tr, via Wikimedia Commons

The French Quarter is the most visited tourist attraction of New Orleans. Located along Mississippi River, The French Quarter is known for historic colorful buildings of 18th and 19th century with cast-iron balconies, red-tiled roofs, and courtyards. The district is a prime tourist destination in the city. Popular landmarks and streets of The French Quarter include Jackson Square, St Louis Cathedral, Bourbon Street, Royal Street, and Frenchmen Street. The area is also known for live music and concerts.

Photograph by Chrismiceli, via Wikimedia Commons

34 stories and 450 feet tall The Louisiana State Capitol it the tallest capitol in the United States. It is also the tallest skyscraper building in Baton Rouge. The tower is decorated with sculpture representing the history of the State. There is an observation deck located on the 27th floor offering views of Baton Rouge and the Mississippi River. No admission fee to visit to capitol and it is open from 8:00am to 4:30pm daily.

Photograph by Infrogmation, via Wikimedia Commons

Located next to Jackson Square in the heart of the French Quarter, The St. Louis Cathedral is one of New Orleans' most notable landmarks. It is the oldest Catholic cathedral in continual use in the United States. The area including the square is a popular tourist place.

Photograph by CTtcg, via Wikimedia Commons

Lake Charles is located on the lake of the same name along the banks of the Calcasieu River. Lake Charles is known for unique cultural experience, lakes, waterways, and gambling. Lake Charles has Louisiana's biggest casino resorts: Golden Nugget and L'Auberge du Lac. The city is also home to a number of museums and art galleries. Popular places to visit in Lake Charles include Mardi Gras Museum, USS ORLECK Naval Museum, Lakefront, and Millenium Park.
THINGS TO DO 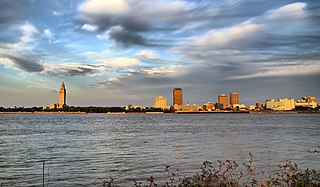 Located on the bank of the Mississippi River, Baton Rouge is the capital city of the Louisiana state. The city is known for arts and cultural districts, historical landmarks, and fun attractions. Variety of things to do and places to visit in Baton Rouge include New and Old State Capitol buildings, USS KIDD Veterans Museum, Baton Rouge Zoo, Louisiana Art & Science Museum, and Blue Bayou Water Park.
THINGS TO DO

Located on the bank of the Mississippi River, Oak Alley Plantation is a historic plantation and popular tourist attraction. The plantation is known for double row of southern live oak trees planted in the 18th century. Oak Alley’s landscape and exhibit reflect the story of a plantation in its evolution. Point of interest includes the exhibits: "Slavery at Oak Alley", "Big House", East and West Gardens, Blacksmith Shop, and Sugarcane Theater on the 28 historic acres.

Photograph by skb8721, via Wikimedia Commons

Located west of New Orleans, Avery Island is surrounded by bayous, salt marsh, and swampland. The island is a natural paradise inhabited by many animal species. Avery Island is known for Bird City wildfowl refuge. The bird sanctuary located on Avery Island is popular for snowy egrets return to Bird City each spring to nest until resuming their migration in the fall. 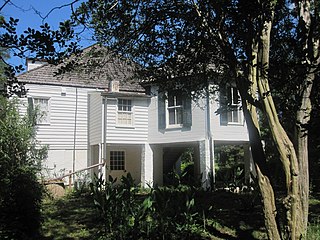 Photograph by Infrogmation, via Wikimedia Commons

Located in downtown New Orleans, The National WWII Museum is a military history museum. The museum historical exhibits focuses on United States contribution in World War II. Collections of the museum include more than 250,000 artifacts and over 9,000 personal accounts supporting major exhibits and research.