Photograph by Mcj1800, via Wikimedia Commons

The Statue of Liberty, a gift of friendship from France to the United States is world famous symbol of freedom and democracy. The national monument is located on Liberty Island in New York City. There is no entrance fee to the national monument. All visitors must purchase ferry tickets which depart from Liberty State Park in Jersey City and the Battery in Lower Manhattan. Along with ferry ticket, pedestal ticket is required to enter the statue's base. There is no extra fee for pedestal access however ticket is available on a first come basis. Crown fee is in addition to the ferry fee is required to climb the staircase within the statue to the crown. 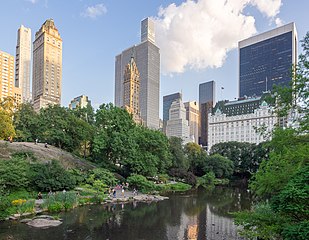 Central Park is most visited park in the United States and New York City. The park is located in Manhattan and it is one of the largest 843 acre urban park. Known worldwide, main attractions include landscapes such as the Ramble and Lake, Hallett Nature Sanctuary, the Jacqueline Kennedy Onassis Reservoir, and Sheep Meadow; amusement attractions such as Wollman Rink, Central Park Carousel, and the Central Park Zoo. 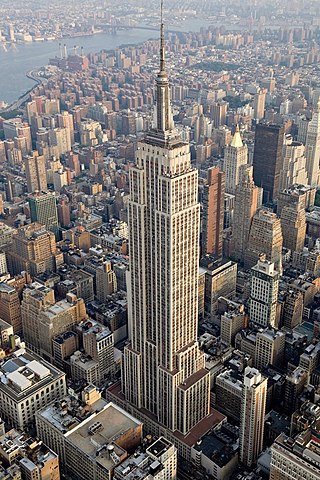 The Empire State Building is a 102-story skyscraper located in Manhattan. It is one of the tallest building in New York City and United States. The building has two observation decks located on 86th and 102nd floor that offer views of Manhattan and city's skyline. Located on the 2nd and 80th floors, exhibits are included in ticket. 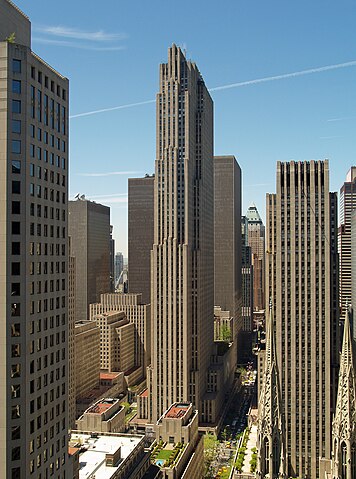 Top of The Rock

The observation deck atop the 66-story 30 Rockefeller Plaza skyscraper is called Top of the Rock. View from the deck offers best panoramic city view and view of the Empire State Building. 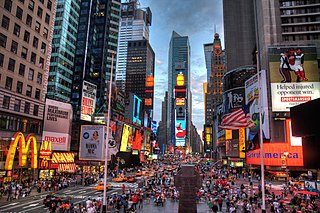 Photograph by Terabass, via Wikimedia Commons

Times Square in Manhattan is a world famous entertainment center and tourist destination. Known for big billboards and advertisements, Times Square stretches from West 42nd to West 47th Streets. It is one of the world's most visited tourist attractions. Times Square is popular for New Year's Eve ball drop when about one million crowd gather to celebrate. 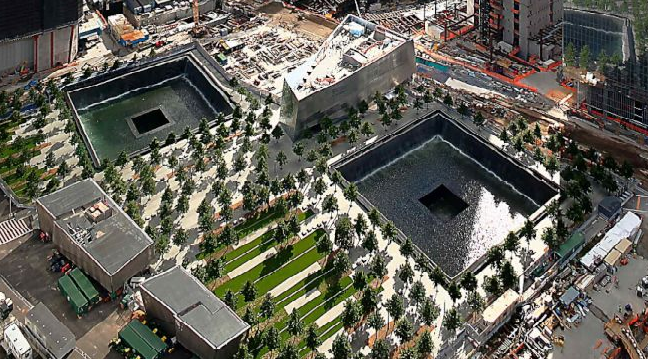 Photograph by Cadiomals, via Wikimedia Commons

National September 11 Memorial & Museum, also known as the 9/11 Memorial & Museum is is located at the World Trade Center site. The museum's permanent collection include material evidence, first-person testimony, and historical records of response. The Museum tells the story of 9/11 through artifacts, imagery, personal stories, and interactive technology.

The Metropolitan Museum of Art of New York City is the largest art museum in the United States. The museum collection includes over 5,000 years of art from around the world. The main building of the art museum is The Met Fifth Avenue. Smaller 2nd location is The Met Cloisters contains an extensive collection from medieval Europe. 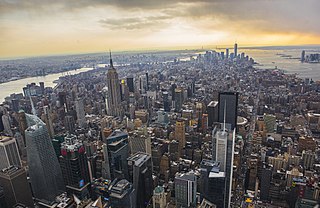 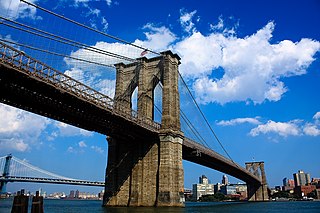 Photograph by Suiseiseki, via Wikimedia Commons

Grand Central Terminal located at 42nd Street and Park Avenue in Manhattan is known for it's unique architecture and interior design. Grand Central is a world famous landmark and one of the world's ten most visited tourist attractions.