Top 10 Places to Visit in Indiana 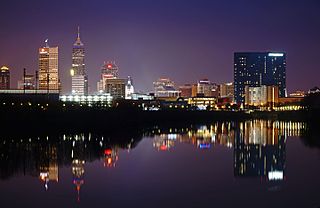 Photograph by Miyin2, via Wikimedia Commons

Located in northeastern Indiana, Fort Wayne is not far from border with Ohio and Michigan. It is the second largest city in Indiana. The city is known for hosting variety of cultural festivals and events. Fort Wayne is popular for great museums and many entertainment options. Places to visit and family attractions include Fort Wayne Children's Zoo, Foellinger-Freimann Botanical Conservatory, Science Central, Fort Wayne Museum of Art, and Old City Hall.
THINGS TO DO 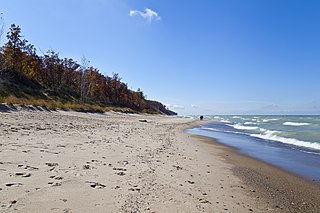 Located in northwestern Indiana, Indiana Dunes National Park runs for 15 miles along the southern shore of Lake Michigan. The 15,000 acres national park is known for its sandy beach and miles of trails over rugged dunes. The park features sand dunes, wetlands, prairies, rivers, and forests. It is also known for rare species of birds observed in the park. Recreation activities include hiking, camping, bird watching, swimming, fishing, and horseback riding.
THINGS TO SEE

Photograph by MrGreenBean, via Wikimedia Commons

Brown County State Park is one of the larger state parks in the United States. Also called "the Little Smokies", it is Indiana's most visited state park. The 16,000 acres park features rugged hills, ridges and fog-shrouded ravines. It is popular tourist attraction for its unique fall color and scenic vistas. Park activities include camping, fishing, biking, hiking, and horseback riding. Abe Martin Lodge at the park offers accommodations including motel rooms, cabins, dining, conference facilities and indoor water park.
THINGS TO DO

Photograph by Knizzle17, via Wikimedia Commons

Cagles Mill Lake is a reservoir located near Cataract is known for the Cataract Falls. The 1,400-acre lake was built as flood control reservoir and is home to beautiful Cataract Falls. It is the largest waterfall by volume in the Indiana state and part of the Lieber State Recreation Area. The state of the art Aquatic Center is open during the Memorial Day to Labor Day recreation season. The Aquatic Center has a zero entrance pool, water bubblers and a tornado water slide. There are also shelters, a volleyball court and a playground. Other fun activities include hiking trails, boat access to Cagles Mill Lake and a campground.

Photograph by Yahala, via Wikimedia Commons

Located south of Indianapolis, Bloomington is the home to Indiana University Bloomington. The city offers many natural attractions: hills, forests, and lakes. Bloomington is a beautiful city with so many attractions and fun things to do. Places to visit and family attractions include McCormick's Creek State Park, Monroe Lake, WonderLab Science Museum, Hoosier National Forest, and Eskenazi Museum of Art.
THINGS TO DO 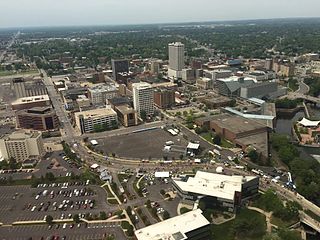 Photograph by Cntrlaltdel33t, via Wikimedia Commons

South Bend is located along the southernmost bend of the St. Joseph River. It is the 4th largest city in Indiana and cultural hub of northern Indiana. The city is known for annual festivals and historic attractions. There are plenty of great family fun activities to do in South Bend. Best places to visit include Studebaker National Museum, Basilica of the Sacred Heart, Potawatomi Zoo, The History Museum, and Snite Museum of Art.
THINGS TO DO